DIYing our newborn photos was not my original plan.

I was pregnant with my first baby and, not surprisingly, very excited. I poured over newborn photos online, dreaming of adorable backdrops and props and positions in which my baby’s heavenly cuteness would be immortalized.

My due date came and went and I wasn’t shocked. I myself was born  quite “late”…I didn’t feel entitled to an on-time baby. Almost 2 weeks later though, at just shy of 42 weeks pregnant, I heard from our photographer: she was going on vacation. Vacation? I hadn’t even had the baby yet! “Oh well,” I thought. “I’ll probably be pregnant for another two to nine weeks so I’ll connect with her when she gets back.” That’s what it feels like, by the way, when you’re 10 months pregnant. It feels like you’ll never not be pregnant.

Happily, I was wrong. Baby arrived. At that point, by the time we had our rescheduled photo session he was going to be almost three weeks old. But everyone said the ideal time to capture the newborn sleepy stage was in the first nine days! In hindsight, I think the smartest move would have been to cancel our original session and book with another photographer who was available within that window. What we decided to do – looking back, I blame sleep deprivation – was keep our rescheduled session with the original photographer and take some DIY newborn photos in the meantime.

“How hard could it be?”  I thought. Hubby’s pretty good with the camera, baby’s pretty sleepy, we’ll get  at least a few good shots. I turned up the heat and the white noise just like The Internet told me to, nursed him to sleep, and we gave it whirl.

How hard could it be?

As it turns out, newborn photography is quite challenging. I will venture to say that two sleep deprived parents, one of whom is recovering from a massive physical ordeal, are not equipped to take newborn portraits in their living room on their shag rug. If you’re not sure, examine the evidence:

This is not exactly what I pictured when I proposed the idea. 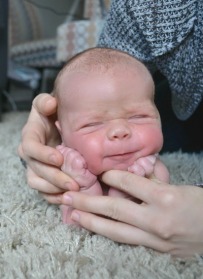 I mean, it looks fun. 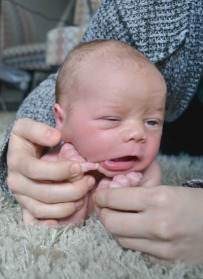 Called in for backup.

To be honest, I didn’t give it a lot of forethought. I figured we would just arrange his sleepy little body with his tiny little fists tucked under his tiny little chin and he would look just like all those Pinterest babies.

Since propping him up was more challenging than we’d anticipated, we let him get comfortable:

Naked in a sea of shag, quietly protesting his idiot parents. 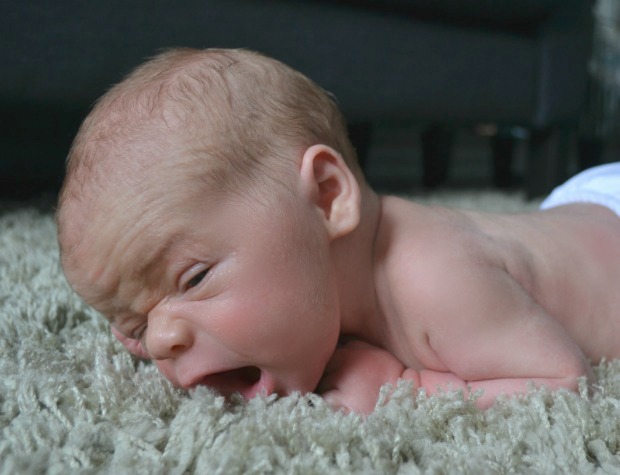 But hey! At least we captured the first of 200 failed attempts at tummy time.

“Baskets!” I thought. “The Pinterest babies are always hanging out in baskets.” I grabbed the only basket we had and carefully laid him down. That’s when he woke up like a hungry bear: 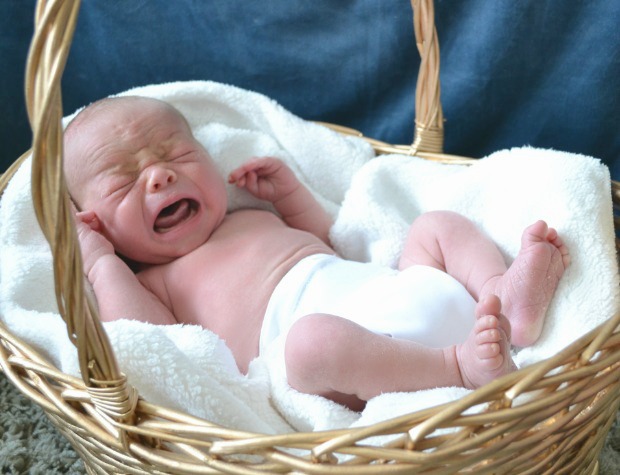 This idea also did not pan out.

This was the exact moment when we decided to call it quits. I accepted that we were out of our league and this was one hell of a Pinterest Fail.

The lesson is obvious: don’t DIY your newborn photos. This is a job for a professional. Your baby will thank you!

Support for All Choices

Several photos featured on this site are courtesy of Lucy Tran Photography. Click on the image above to see more of Lucy's talent!

Support for all families